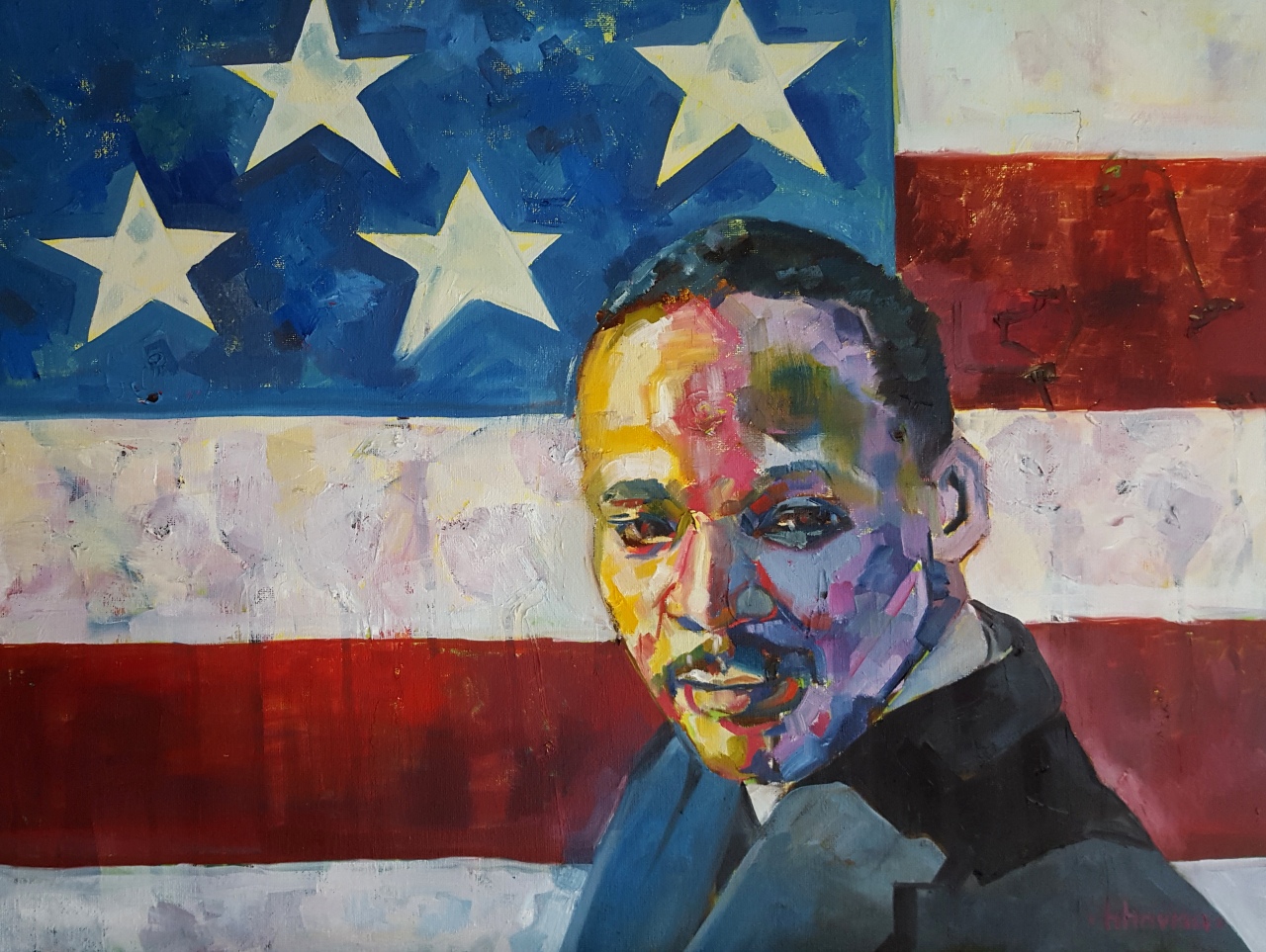 During less than 13 years of Dr. Martin Luther King, Jr.’s leadership of the modern American Civil Rights Movement, from December, 1955 until April 4, 1968, African Americans achieved more genuine progress toward racial equality in America than the previous 350 years had produced. Dr. King is widely regarded as America’s pre-eminent advocate of nonviolence and one of the greatest nonviolent leaders in world history.

He was the youngest recipient of the Nobel Peace Prize, which was awarded to him for leading nonviolent resistance to racial prejudice, in 1964.

Painted on premier quality canvas stretched on a .5 thick frame, using artist grade oil paints, the work is a humble attempt to bring focus on leaders who worked tirelessly towards equality and world peace.

Painting is sealed with acrylic varnish and sides are painted black. It is unframed and hangs with d-link and wire assembly. It can be framed as needed. The painting is shipped with certificate of authenticity and care instructions.

More photos are available upon request.

This artwork and similar pieces are available in small, medium (up to 24″), and larger or customized sizes. The price range is based on the painted sq inch area.